The journey begins on the island of Foehr with a visit in spring and summer. After arriving at the port of Wyk, the tour goes along the beaches in the south with a visit to Nieblum up to Utersum in the west of the island. The journey continues with a day trip to the neighboring island Amrum. Amrum is known for its huge sand dunes and the Kniepsand that moves slowly along the west coast to the north.

After visiting the islands, the journey continues to the Hallig islands. The Hallig islands are raised only a few meters above sea level, which is why they are flooded at heavy flood. The only protection for the residents are mounds of earth, which are called Warften. The journey takes you to the Hallig islands Langeness and Hooge. A visit to Hooge is worth especially in spring. Then you can watch Brent geese, before they fly back to their Arctic home.

At the end of the journey you can join a walk across the mudflats between the Hallig islands Hooge and Norderoog. Norderoog is a breeding and resting place for many rare sea birds and may not be entered during the breeding season. 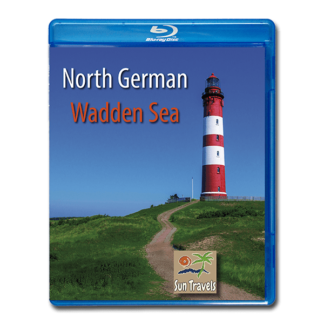 You're viewing: Blu-ray North German Wadden Sea € 7.14
Add to cart
Manage Cookie Consent
To provide the best experiences, we use technologies like cookies to store and/or access device information. Consenting to these technologies will allow us to process data such as browsing behavior or unique IDs on this site. Not consenting or withdrawing consent, may adversely affect certain features and functions.
Manage options Manage services Manage vendors Read more about these purposes
View preferences
{title} {title} {title}