The movie starts in Alanya, which is probably the most popular holiday destination along the Turkish Riviera for many European tourists.

Additional to Alanya on this Blu-ray you can see other tourist highlights such as the beautiful bay of Incekum, the ancient theater of Aspendos, and a river trip on the Manavgat River, which begins in the town of Manavgat and ends at the Mediterranean. Here you have the occasion to swim both in the river and in the sea.

Other ancient attractions are the old town of Side with the Temple of Apollo right on the harbor and the ancient city of Myra with its rock-cut tombs in an Lycian necropolis. Myra is known as a place of pilgrimage because of thence originating Nicholas of Myra.

The beauty of nature along the Turkish Riviera is a further topic of this Blu-ray. Thus a trip takes you to the Kursunlu waterfall near Antalya, which is considered one of the most beautiful waterfalls in the world. Another tour takes you to Kekova, a small island on the Lycian coast near the city of Demre. On the north side of the island are partly sunken ruins of the ancient city Dolikhiste. The trip to Kekova leads along many small islands with ruins that protrude partially out of the water.

The highlight, however, is Alanya. The spots shown in this movie are the reason to attract many tourists every year. The highlights are the castle, with a magnificent view of the Cleopatra beach and the open sea, and the harbor. From here daily start many boat tours along the coast.

But even the surrounding area has plenty to offer. There are especially the Dimcay, with its restaurants in the middle of the river water, and the Dim Cave, one of the most important caves of Turkey. The Dim Cave has all the year constant temperatures and a healing effect for respiratory diseases.

The Dim Cave is located in the Taurus Mountains, which begins just behind Alanya. In the Taurus Mountains ends the trip along the Turkish Riviera. Here you can experience the beautiful nature and traditional life of the locals in their mountain villages, far away from mass tourism. 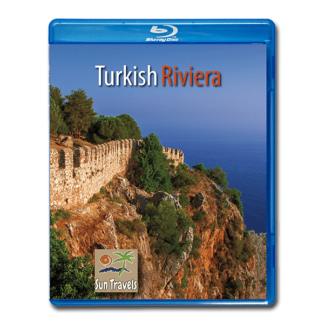